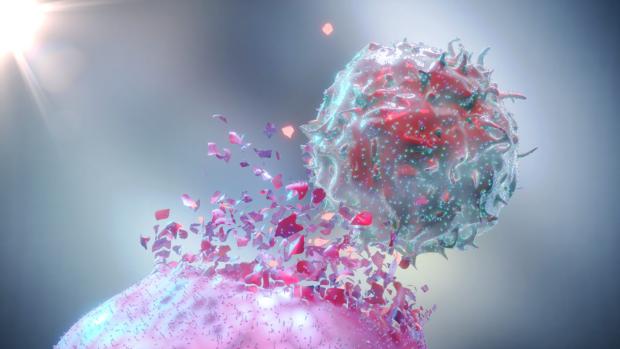 Two adults with leukaemia have been in remission since 2010 after Car-T therapy.

It involves removing blood and genetically modifying its white cells so they target cancer.

The resulting Car-T cells are re-injected in a type of immunotherapy which uses the body's immune system to attack tumours.

Levels of the cells in the two cured patients remain high.

Dr Carl June, of the University of Pennsylvania, US, said: "Based on these results, we can conclude that Car-T cells can cure leukaemia.

Patient Doug Olsen said medics could not find any cancer after a few weeks. He said: "I knew the doctors weren't sure but I was pretty convinced that I was done with cancer."

The NHS offers Car-T to some children with leukaemia and adults with lymphoma.

It warns the therapy can make the immune system over-react or trigger side effects such as fever, vomiting or breathing difficulties.