> Boston Fed, MIT unveil model for electronic cash as policymakers mull whether to launch it - pirateswithoutborders.com

Boston Fed, MIT unveil model for electronic cash as policymakers mull whether to launch it 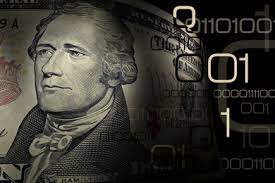 The Boston bank's research, conducted in a collaboration with the Massachusetts Institute of Technology, does not offer a recommendation about whether the Fed should create its own digital currency. The central bank's leaders in Washington are in the process of collecting public feedback on that question now, and Federal Reserve Chair Jerome H. Powell said it will only proceed with congressional authorization.

But in the meantime, the Boston team said Thursday that it has solved technical challenges such a product would need to meet. Researchers said they designed a system that can settle the vast majority of payments in less than two seconds, handles more than 1.7 million transactions per second and operates around-the-clock with no service outages in the case of a disruption in its network.