> Our Healthcare System Is Deteriorating Fast. Here's What You Need to Do. - pirateswithoutborders.com

Our Healthcare System Is Deteriorating Fast. Here's What You Need to Do. 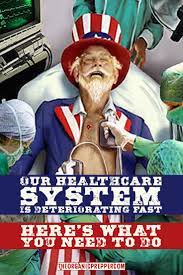 If you were sick, you could expect to be given medical care. It never mattered your skin color, creed, religion, political beliefs, or any of that.

Those working in the field of healthcare never had an issue with helping to heal those in need. They were never banned from doing so.

But now, things are different.

Now, we have children with cancer who are being kicked out of hospitals because they don't have the Jabberwockies.

Now, we have patients being taken off of organ transplant lists because they refuse to be coerced into medical decisions.

Now, we have doctors who lose their licenses – or even face criminal penalties – for treating their patients with medicines that are not politically in vogue (all while politicians receive treatment with these banned medicines).