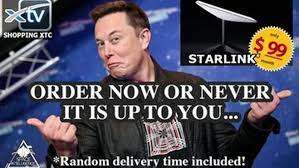 We can't help but notice Musk's latest tweet of possibly overpromising and underdelivering again (not surprising whatsoever), this time with his space internet company, Starlink.

For some context, many Starlink customers have waited at least a year or longer for space internet. They placed $100 preorders to secure a dish as Musk promised them "a nationwide rollout by the end of October" 2021. People who lived in rural communities with internet speeds as fast as dial-up from the mid-1990s jumped for joy when they heard about the imminent rollout of affordable and high-speed internet from space.

However, Starlink notified customers in November 2021, one month after Musk proposed an imminent nationwide rollout, that their orders would be delayed another 6-12 months (or in some cases until 2023). People were beyond frustrated, and some canceled their preorders, saying the "whole thing felt like a ruse."