> The aircraft that will never fly on Earth - pirateswithoutborders.com

The aircraft that will never fly on Earth 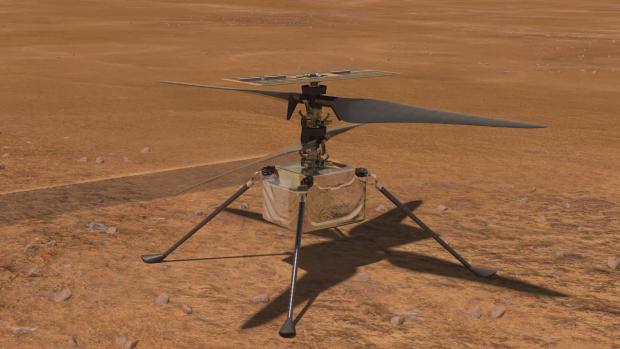 On 19 April 2021, a tiny experimental helicopter named Ingenuity lifted off the Martian ground and into the history books. The autonomous machine's rotors spun furiously in the thin atmosphere to produce enough lift, propelling the craft to the height of a single-storey building. Ingenuity hovered and then landed safely, delivering humanity's first controlled flight on another planet. The site where it landed was named Wright Brothers Field, after the aviation pioneers.

In the mid-2030s, a rotorcraft the size of a small car, called Dragonfly, is scheduled to take the next step. It will land on Saturn's largest moon, Titan, to begin humanity's first mission to explore it. In one hour, Dragonfly will fly further than any surface-based rover has ever travelled on another planet. The multi-rotor drone-like vehicle will fly across the surface of Titan, landing for one Titan-day (16 Earth days) to carry out experiments before flying on to its next destination.

But the greatest challenge – and maybe the greatest opportunity – for extraterrestrial aviation is the hellishly hot planet Venus, with its extreme heat, pressure and acidic atmosphere. No lander has survived for more than 127 minutes on its cracked, slate-like surface.

Instead, scientists are proposing to send two aircraft to Venus. One is a solar-powered glider-like aircraft which can fly indefinitely through the planet's more benign upper atmosphere, the other a flying wing design that will fly through the hostile conditions close to the surface.

"Developing the technology to be able to land on Venus is difficult," says Dr Eldar Noe Dobrea, a senior scientist at the Planetary Science Institute, California, who is developing the mission concepts for Venus. "The only alternative is to fly through the atmosphere."