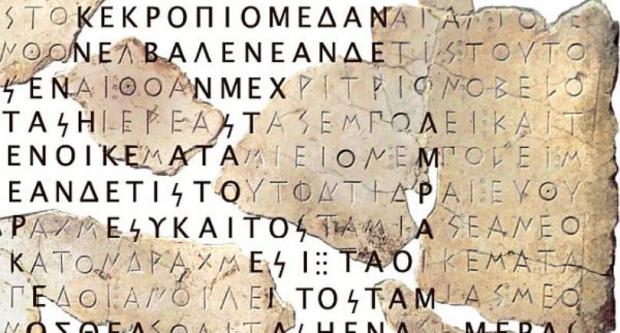 To aid research into the history of human writing, the company has now turned its technology to the task of restoring incomplete ancient texts, where it has performed with an impressive degree of accuracy.

In the last five or so years we've seen DeepMind's AI technology take some impressive leaps that have demonstrated its practical potential and ability to tackle some of the most complex problems in science, like those mentioned above. Other examples include improving the accuracy of rain forecasting, beating the world's best Go players and cutting costs at parent company Google's data centers.

In turning its hand to ancient history, DeepMind now aims to bring new clarity to ancient inscriptions that have become damaged, moved from their original location or are unable to be accurately dated. To do so, DeepMind researchers teamed up with historians and scientists in Italy, England and Greece, and trained the AI on the largest digital dataset of Greek inscriptions, using both individual characters and complete words as inputs.

The resulting AI tool, which the team has called Ithaca after the Greek island described in Homer's Odyssey, was able to restore damaged texts with an accuracy of 62 percent, identify their original location with 71 percent accuracy and correctly date texts to within 30 years of their true date of creation.