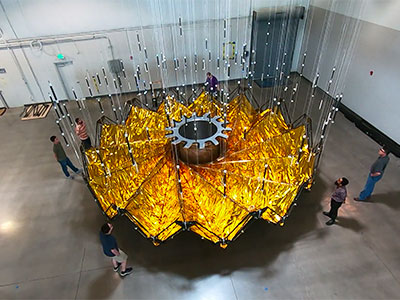 The Hybrid Observatory for Earth-like Exoplanets (HOEE) would convert the largest ground-based telescopes now under construction (Giant Magellan Telescope, Thirty Meter Telescope, and Extremely Large Telescope) into the most powerful planet finders yet designed. No other proposed equipment can match the angular resolution (image sharpness), sensitivity (ability to see faint objects in a given time), or contrast (ability to see faint planets near bright stars).

The large telescope is needed because Earth-like planets are extremely faint. The starshade is needed to block the glare of the host stars; the sun is 10 billion times brighter than the Earth at visible wavelengths. A starshade in an astro-stationary orbit would match position and velocity with the moving telescope, and cast a dark shadow of the star, without blocking the light of its planets. Active propulsion would maintain alignment during the observation. Adaptive optics in the telescope would compensate for atmospheric distortion of the incoming images.

The HOEE would address the highest priority recommendation of the Exoplanet Strategy report: observe reflected light from Earth-like planets with low resolution spectroscopy. This light is influenced by surface minerals, oceans, continents, weather, vegetation, and atmospheric constituents, temperature, and pressure. Observing many systems would help answer the question of why configurations like our own Solar System are rare; of the thousands of known exoplanet systems, none are quite like home, with inner rocky planets, a faint cloud of dust, an asteroid belt, and giant outer planets. Observing photosynthetic oxygen would answer the questions of whether life is rare or common, what it requires, and how long it takes to grow.