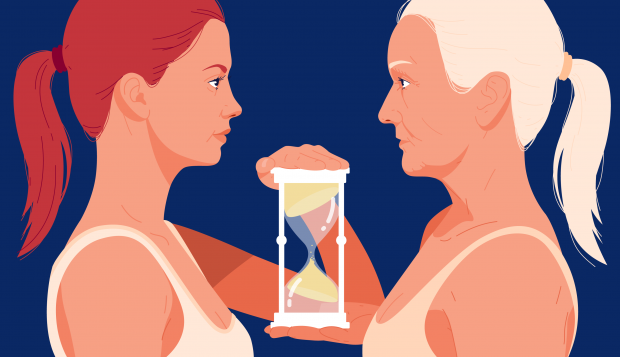 Now, scientists at the Salk Institute have shown that they can reverse the aging process in middle-aged and elderly mice, leading to a variety of benefits.

The technique works by partially resetting their cells to more youthful states, which impact skin, eyesight, muscles, and the brain.

"We are elated that we can use this approach across the life span to slow down aging in normal animals. The technique is both safe and effective in mice," says co-corresponding author Juan Carlos Izpisua Belmonte, professor in Salk's Gene Expression Laboratory.

When injured, the youthful skin of the treated mice had a greater ability to heal and was less likely to form permanent scars.

As organisms age, it is not just their outward appearances and health that change; every cell in their bodies carries a molecular clock that records the passage of time. Cells isolated from older people or animals have different patterns of chemicals along their DNA—called epigenetic markers. Scientists know that adding a mixture of four reprogramming molecules—Oct4, Sox2, Klf4 and cMyc, also known as 'Yamanaka factors'—to cells can reset these epigenetic marks to their original patterns.

Scientists have used this approach in experiments to improve the function of other tissues like the heart, brain, and eyesight.

At Salk, they tested three groups of mice at varying ages equivalent to humans being 35, 50 and age 80, and found after seven or 10 months, the mice resembled younger animals in both appearance and ability.