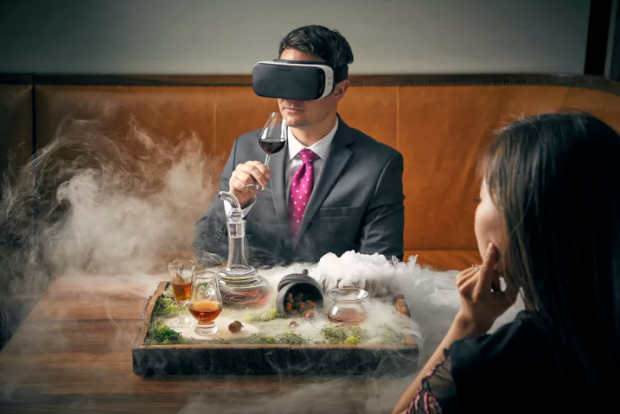 Virtual reality video games really can be brought to life with scents designed to match the action, a new study shows.

In experiments, volunteers played virtual reality (VR) game Resident Evil 7 Biohazard, both with and without smells that complemented parts of the game.

Scenes in the survival horror game feature intense smelling objects such as rotten food, smoke and a rotting head.

Researchers found that the addition of the smells significantly increased people's sense of being present in the game environment.

The new study was conducted by researchers at Australia's government agency CSIRO and the University of Technology Sydney.

'Virtual reality (VR) headsets provide immersive audio-visual experiences for users, but usually neglect to provide olfactory cues that can provide additional information about our environment in the real world,' they say in their paper.