> This Prepper Is Building a Post-Apocalyptic Internet - pirateswithoutborders.com

This Prepper Is Building a Post-Apocalyptic Internet 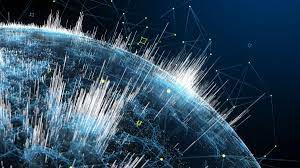 The internet is great, but the internet goes down. Disasters, government interference, and simple technical difficulties often fell the most powerful communication tool ever made. One man wants to change that and is building what he calls the "prepper version of the internet." It's called the Reticulum Network Stack and it's designed to exist alongside or on top of the traditional internet .

Reticulum is meant to be a streamlined communications tool that can be quickly deployed in the case of systemic telecom failure, with minimal lift and a heavy focus on encryption and privacy. All of it is built on the back of an entirely new protocol that aims to be more resilient than IP, or Internet Protocol, which is a set of software rules that govern the flow of information on the internet.