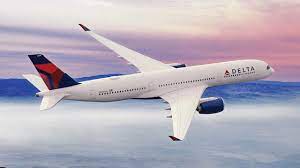 Delta CEO Ed Bastian said the airline has tested out SpaceX's Starlink technology, according to a report by The Wall Street Journal. The report calls the tests "exploratory" and says there weren't any further details, but it does seem like one of the major US airlines is at least interested in Elon Musk's satellite internet service.

In July last year, SpaceX said it was "in talks with several" airlines and that it was trying to "get that product finalized to be put on aircraft in the very near future." A few months before that, the company sought FCC approval to provide service to moving vehicles such as planes, boats, and trucks. (CEO Elon Musk has said the equipment is currently too big to put on passenger cars, though that hasn't stopped some people.) The WSJ reports that the regulator is allowing SpaceX to at least test its airplane-focused service but also says the company still needs approval from the FAA if it wants to actually sell the service.

Speaking on a panel in March, SpaceX's vice president didn't offer any hints about when Starlink in-flight Wi-Fi is coming but reiterated that the company is testing the tech and trying to get it certified on some airplanes, according to SpaceNews. He also set sky-high expectations (pardon the pun) for how well it'll work, saying that the company's "designing a service where every single passenger on that plane can stream simultaneously." Given that many flights can have 100–200 or more passengers, that'd require some serious bandwidth — Netflix recommends 5 Mbps for a single 1080p stream.

Currently, Delta's in-flight Wi-Fi is handled by Viasat, another satellite internet company that also provides some services for United and American. The company's website promises "streaming capable speeds on over 250 routes" by 2022. Like many airlines, it lets you watch movies and send messages through approved services for free, but you'll likely have to pay if you want to access the wider internet.