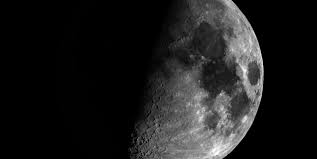 S. Somanath, chairman of the Indian Space Research Organisation (ISRO), told Indian news channel NewsX that the Chandrayaan 3 lunar lander is in the assembly phase but teams are still testing vital systems, meaning the launch, previously slated for August, could be delayed until next year.

"Currently, we are testing the propulsion system because, you know, the last time [we] had a problem with that," Somnath said. The comment referred to the 2019 Chandrayaan 2 mission, which included an orbiter, a lander and a rover. The moon orbiter has been operating successfully for more than two years, but the Vikram lander suffered a hard landing after a loss of control over the thrust of the spacecraft.

To avoid a similar incident with Chandrayaan 3, ISRO has made adjustments to the lander.

"There is a change in the propulsion system. … It is undergoing testing at the liquid propulsion center at Mahendragiri," Somanath said. "Teams are testing the integration of the propulsion, computer and sensor systems."

While the data from the tests have been very good, ISRO is proceeding carefully. "We would like to go very, very cautiously this time, because we know how to go to the moon," Somanath said. "It's well proven. The only thing that we need is to learn how it lands. And it has to be error-free to the best of our abilities."

The Chandrayaan 3 mission includes both a new lander and a rover but not an orbiter. Similar to Chandrayaan 2, the mission is expected to target a near-polar landing area, and will operate for a single lunar day (14 Earth days) on the surface; it will not be capable of surviving the extreme cold of a lunar night.