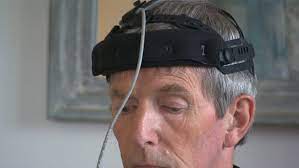 While it isn't a cure, the implant is a treatment that makes living with Parkinson's ten times more bearable.

"Before the operation I went for a walk on Boxing Day with my wife and I got 200 yards (182m) from the actual car," Mr. Tony Howells, who received this implant in 2019, said according to the BBC.

"Then after the operation, which was 12 months later, I went on Boxing Day again and we went for 2.5 miles (4km) and we could've went further. It was amazing," he added.

25 patients like Howells have been selected to participate in the trial at Southmead Hospital in Bristol, England which will conclude next year. Most of the them are older than 50, but those who may be old enough to begin losing memories make them too old for the operation.