> Where Is the $56 Billion 'to Ukraine' Actually Going? - pirateswithoutborders.com

Where Is the $56 Billion 'to Ukraine' Actually Going? 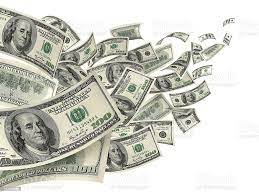 Due to President Trump, the D.C. war machine spent 2016 to 2020 starving for a monetary replenishment. And now that they have their man in the White House, along with easy consensus in the legislature, it's time to cash in.

Wherever your opinion resides on this proxy war/inter-slavic spat 5,000 miles away on the Russia-Ukraine border region, reality cannot be denied.

The $56 billion and counting in "aid for Ukraine" that's passing through the American legislature primarily serves the purpose of greasing the skids of the D.C. Beltway ruling class. And you're paying for it.

If you think the people of Ukraine are going to see one dime of this money, think again. Not even the "humanitarian aid" portions of the assistance will reach the Ukrainian people, as it will be absorbed by a variety of DC lawyers, lobbyists, NGOs, and other well connected middle men. See: Afghanistan.

If they gave the bill a more accurate title, it would be called the "Money For Raytheon And Friends" bill, as the majority of the funds from the latest $40 billion behemoth will be used to supply weapons purchase orders, and resupply weapons that were already sent to Ukraine, which arrived with a seeming back room deal to add to the deep pockets of the weapons manufacturers back home.

Those who have become consumed by corporate press and government war propaganda are being used as useful marks for this agenda.

Since the beginning of this conflict, our corporate press and government propagandists (yes, one in the same) have been labeling the war with a nonsensical good vs evil narrative, which has helped to demand consensus in D.C. Notably, not a single Democrat voted against the bill. Republicans largely support it, and the Uniparty is outraged that Rand Paul decided to hold up its "emergency" passage.