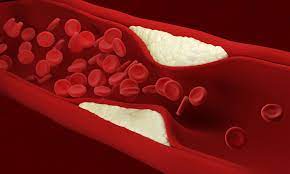 By bringing ultrasound into the mix, scientists at the University of Kansas have demonstrated a new take on this treatment that relies on exploding microbubbles to destroy plaque with greater safety and efficiency, while hinting at some unique long-term advantages.

The novel ultrasound-assisted laser technique builds off what's known as laser angioplasty, an existing treatment designed to improve blood flow in patients suffering from plaque buildup that narrows the arteries. Where more conventional treatments such as stents and balloon angioplasty expand the artery and compress the plaque, laser angioplasty destroys it to eliminate the blockage.

The laser is inserted into the artery with a catheter, and the thermal energy it generates turns water in the artery into a vapor bubble that expands, collapses and breaks up the plaque. Because this technique calls for high-power lasers, it has the potential to perforate or dissect the artery, something the scientists are looking to avoid by using low-power lasers instead.

They were able to do so in pork belly samples and ex vivo samples of artery plaque with the help of ultrasound. The method uses a low-power nanosecond pulsed laser to generate microbubbles, and applying ultrasound to the artery then causes these microbubbles to expand, collapse and disrupt the plaque.