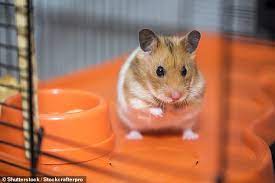 But it turned them wild, prompting chasing, biting and pinning among hamsters

'We [thought] it would reduce aggression. But the opposite happened': test chief

'We don't understand this system as well as we thought we did', Professor added

Researchers at Georgia State University produced new rodents without hormone vasopressin in an effort to raise 'social communication' between the rodents.