> Going under anesthesia? Scientists reveal what happens inside your unconscious brain - pirateswithoutborders.com 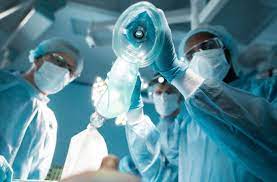 The cerebral cortex has been thought of as the part of the human brain in which conscious thought is processed. It would be expected that the cortex would be less active when a patient is under general anesthesia. A new study reports, however, that under general anesthesia, just some of the cortical cells record less activity. Other cells increase activity and synchronize.

These findings may lead to improvements in anesthetic drugs and better surgical outcomes.

The work of Professor Botond Roska and his group of researchers at the University of Basel, Switzerland, reveals how different cell types in the cerebral cortex change in activity during general anesthesia. This new information increases understanding about induction of unconsciousness via anesthetic drugs.

It has been known for the last 100 years that some cells in the cortex are active, alternating between periods of high and low activity, during general anesthesia. Attaching EEG electrodes to the scalp has been one of the few means available to detect cortical activity, but it doesn't allow identification of the cells which are active.

"We were interested in finding if there is a common neuronal mechanism across different anesthetics," says Dr. Martin Munz, co-leader of the study, in a statement.

To address the question, researchers used genetic tools, and mice with variable characteristics bred just for the study, to label individual cortical cell types. They found that in contrast to what had previously been suspected, only one specific cell type within the cortex, labeled "layer 5 cortical pyramidal neurons," showed an increase in activity when the animals were exposed to different anesthetics.