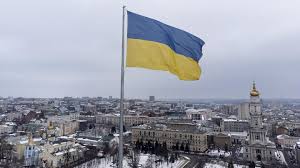 Most of the Donbass and much of the Black Sea coast has been liberated by Russian forces and the forces of the two Donbass republics. Clearly the Ukrainian forces have lost the war in Donbass. Clearly Zelensky, a Jew who somehow heads a neo-Nazi state, lies when he claims Ukraine had no intention of reconquering the breakaway Donbass republics. What other purpose did the 150,000 Ukrainian army and Nazi militias arrayed on the shrunken Donbass borders have? How can the Russian forces be destroying the Ukrainian army in Donbass if the army wasn't there? A question like this is too straightforward for the Western presstitutes.

What happens after Russia's victory in Donbass?

Will Washington permit its puppet government to agree to Russia's demand that Ukraine demilitarize and take a neutral status like Austria, or will Washington and NATO raise and equip a million-man army in Western Ukraine and attempt to take back the Donbass and Crimea?

Such an attempt would likely result in the destruction of Kiev and Lvov. The Ukrainian government would exist only in exile. As a number of NATO countries have made themselves combatants in the conflict, they are legitimate Russian targets. Clearly, a widening of the conflict is easily possible.

Ukraine could lose its standing as a country in another way. According to John Helmer, Russian intelligence reports Polish interest in reclaiming Western Ukraine. The idea seems to be that Polish troops in the guise of peacekeepers would occupy Western Ukraine in order to keep the Russians out and simply stay while the remains of Ukraine transition back into a Polish province.