> UK Economy Getting Crushed A Price "Worth Paying" For Freedom In Ukraine: Johnson - pirateswithoutborders.com 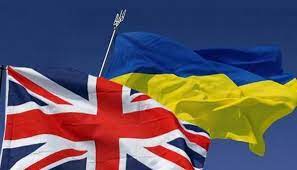 "In the UK, the price level for goods other than energy and food has risen by 8 per cent over the past two years," FT writes of soaring prices at a moment of the West's no holds barred push to 'punish' Russia over the Ukraine invasion. Inflation in the county has hit a new 40-year high of 9.1% as of last week.

To nobody's shock or surprise, and in a message that echoes previous statements from Biden, British Prime Minister Boris Johnson has said while attending the G7 summit in Germany it's a price "worth paying."

"In terms of staying the course, imagine if you didn't," the prime minister said in comments made to BBC. He stressed that if Putin should get away with achieving "violent acquisition of huge chunks" of another country, then "the lessons for that would be absolutely chilling in all of the countries of the former Soviet Union."

And that's when he emphasized that even if there's "long-term instability" in Western and global economies, it's "worth it," as The Guardian recounts of his words:

Boris Johnson has argued that continued international support for Ukraine is a price worth paying, saying that to let Russia prevail would be "absolutely chilling" for nearby countries and usher in a period of global anxiety…

"In terms of the economic effects, that would mean long-term instability, and anxiety across the world."

Overall, the prime minister argued, "the price of freedom is worth paying". He said: "Just remember, it took the democracies in the middle of the last century a long time to recognize that they had to resist tyranny and aggression. It was very expensive."