> Drugs can turn your gut microbiome against you – and even kill you - pirateswithoutborders.com 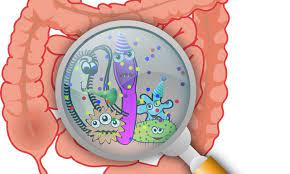 But increasing the quantity of a certain drug you're taking may lead to serious consequences, like in the case of the Parkinson's drug, levodopa (L-dopa).

L-dopa is a replacement for dopamine commonly prescribed to patients with Parkinson's disease. Considered the most potent medication for the disease, this drug is meant to be converted in the brain into dopamine, the chemical involved in controlling movement. But the effects of L-dopa vary between patients, and human and animal studies have linked the discrepancy to microorganisms found in the human gut.

Each person has a unique composition of gut microbes. In some patients, L-dopa doesn't produce the desired results because certain microorganisms in their gut interfere with the drug's activity. These microbes break down L-dopa before it can reach the blood-brain barrier — the selective membrane that protects the brain from potentially harmful substances in the blood. This interference renders the drug ineffective.

In a recent study published in Science, researchers from Harvard University and the University of California, San Francisco finally put a name to these mysterious microbes. After screening gut bacterial genomes and conducting biochemical analyses, they identified Enterococcus faecalis and Eggerthella lenta as the two microbes that metabolize L-dopa in the gut.

The researchers found that E. faecalis produces an enzyme that converts L-dopa into dopamine, but an enzyme produced by E. lenta then transforms dopamine into m-tyramine. While the effects of this second conversion is still unclear, the researchers believe it may be linked to the side effects associated with L-dopa metabolism outside the brain.