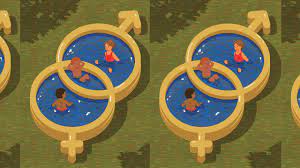 A parent that was considering sending their child to an overnight 4-H camp run by the N.C. State 4-H Cooperative Extension discovered that campers can be assigned to sleeping accommodations by their preferred gender identity.

The policy was not given to parents prior to enrolling their children at 4-H camps. Parent Van Brinson tells North State Journal he had signed his 11-year-old daughter up for a weeklong "Fur, Fish and Game" 4-H overnight camp this summer. The camp was held in the Richmond County town of Ellerbe.

"I find this exceptionally deceptive," Brinson said. "If this is going to be their policy, then parents need to be informed. I am not anti-trans, or anything else. I am, however, staunchly pro-information."

Brinson said he only found out about it after a phone call to make sure he had all of his paperwork in order at which time he inquired about cabin assignments and was told they were set up by age and gender.

"As an afterthought, and because I was aware of similar situation that occurred in another state, I asked how the camp decided who was a boy and who was a girl," Brinson said. "When I asked, the lady on the phone got very quiet. Then, after a pause, she told me that the children would be assigned to cabins based on their perceived gender, or the gender that their parents tell the camp the child prefers."