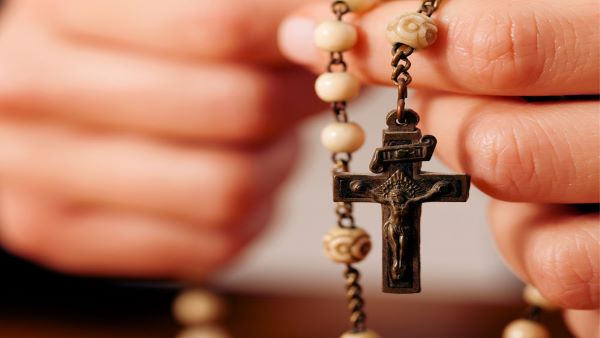 Atlantic contributor Daniel Panneton declared that the Catholic rosary has become a "symbol" of religious radicalism.

The rosary is a string of beads or knots used by Catholics as they pray a sequence of prayers, but one writer warned they have taken on a far darker meaning in modern times. "Just as the AR-15 rifle has become a sacred object for Christian nationalists in general, the rosary has acquired a militaristic meaning for radical-traditional (or 'rad trad') Catholics," Panneton claimed in the Sunday piece titled, "How the Rosary Became an Extremist Symbol."

He added, "On this extremist fringe, rosary beads have been woven into a conspiratorial politics and absolutist gun culture. These armed radical traditionalists have taken up a spiritual notion that the rosary can be a weapon in the fight against evil and turned it into something dangerously literal."