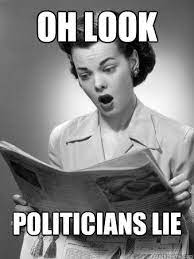 In stark contrast, Vladimir Putin, Sergey Lavrov, other senior Russian officials and the nation's media say what they mean and mean what they say forthrightly.

For a decade, I hosted my own online radio program.

Noted truth-telling guests, mostly academics, made it special, telling listeners what's vital for everyone to know — worlds apart from how mind-manipulating agents of wealth, power and privilege MSM operate.

At a time when world peace hangs in the balance, when the state of the nation is dismal — because hegemon USA serves privileged interests exclusively and diabolically aims to dominate other nations by brute force — it's crucial for everyone to know what's going on.

On Tuesday at the 10th annual Moscow Conference on International Security, Vladimir Putin set the record straight about the clear and present danger humanity faces and prospects for change, explaining the following:

Increasing numbers of nations and people "are choosing a path of free and sovereign development based on their own distinct identity, traditions and values."

Hegemon USA and its Western vassals oppose what's going on.

They're going all-out to undermine what conflicts with their drive for hegemony over planet earth, its resources and populations by every dirty trick imaginable.

"(T)hey are attempting to retain countries and peoples in the grip of what is essentially a neocolonial order."

Their way "means obscurantism, cancellation of culture, and neoliberal totalitarianism."

The empire of lies and forever wars on invented enemies, together with "its vassals, grossly interfere in the internal affairs of sovereign states…"

In flagrant breach of the rule of law, they "stag(e) provocations, organiz(e) coups, or incit(e) civil wars."

"By threats, blackmail, and pressure, they are trying to force independent states to submit to their will and follow rules that are alien to them."

"This is being done with one aim in view, which is to preserve their domination, the centuries-old model that enables them to sponge on everything in the world."

"But a model of this sort can only be retained by (brute) force."

"They need conflicts to retain their hegemony."

They support Nazi tyranny over governance of, by and for everyone equitably, according to the rule of law.

They arm Ukrainian Nazis with weapons for mass slaughter and destruction.

Following the Obama/Biden regime's 2014 Maidan coup in Kiev, they murdered around 14,000 Donbass civilians.

After years of good faith efforts to resolve endless conflict diplomatically failed because of US obstructionism, Russia launched its liberating SMO last February — in full compliance with Article 51 of the UN Charter.

Its aim is "to ensure the security of Russia and its citizens and protect the residents of Donbass from (US-sponsored slow-motion) genocide," Putin explained.

The empire of lies wants endless conflict to the last Ukrainian — expendable cannon fodder its ruling class doesn't give a damn about.

Permanent wars reflect longstanding US policy worldwide, including domestically by exploiting its working class to benefit the privileged few, along with kill shots to eliminate unwanted tens of millions.

Both right wings of the US war party are hostile toward China and other nations free from its control, as well as Russia for the same reason.

Russia is committed to "secure its national interests, (protect those) of its allies, and take other steps towards building a more democratic world where the rights of all peoples and cultural and civilizational diversity are guaranteed."

"We need to restore respect for international law, for its fundamental norms and principles" — what the US-dominated West undermined in pursuit its diabolical aims.

In conclusion, Putin stressed that Russia "will continue to make a significant contribution to the strengthening of peace and stability on our planet and facilitate the development of constructive dialogue and partnership."

Its agenda is worlds apart from how US-dominated Western regimes operate.

Their exploitative way is ebbing, their prominence on the world stage heading for history's dustbin — with a warning:

If US-dominated Western regimes launch global war 3.0 in a desperate attempt to pull their fat out of the fire with nukes, all bets are off.