'Forgetful' Fauci Could Not Recall Key Details Of COVID Crisis Response During Deposition: 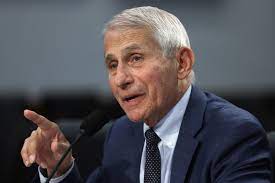 "It was amazing, literally, that we spent seven hours with Dr. Fauci—this is a man who single-handedly wrecked the U.S. economy based upon 'the science, follow the science.' And over the course of seven hours, we discovered that he can't recall practically anything dealing with his COVID response," Landry told The Epoch Times after leaving the deposition. "He just said, 'I can't recall, I haven't seen that. And I think we need to put these documents into context,'" Landry added.

"It was extremely troubling to realize that this is a man who advises presidents of the United States and yet couldn't recall information he put out, information he discussed, press conferences he held dealing with the COVID-19 response," Landry added later.

Fauci and NIAID did not immediately respond to requests for comment.

Landry declined to provide more details about the deposition until it is made public, which will happen at a future date. But he said officials would be able to take some of what they learned to advance their case.