> A Big Step Towards Hydrogen Fuel Out of Thin Air--Just Like a Plant - pirateswithoutborders.com 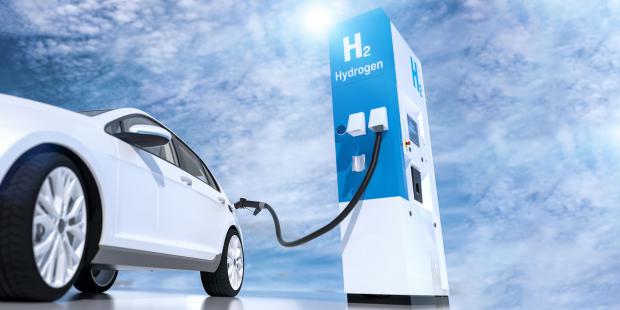 Chemical engineer Kevin Sivula and his team have made a significant step towards bringing this vision closer to reality by developing an ingenious yet simple system.

It combines semiconductor-based technology with novel electrodes that have two key characteristics: they are porous, to maximize contact with water in the air; and transparent, to maximize sunlight exposure of the semiconductor coating.

When the device is simply exposed to sunlight, it takes water from the air and produces hydrogen gas, which can then be injected into trucks, trains, or planes with hydrogen fuel cell batteries for green combustion.

In their research for renewable fossil-free fuels, engineers at the Federal Polytechnic School at Lausanne, in collaboration with Toyota Motor Europe, took inspiration from the way plants are able to convert sunlight into chemical energy using carbon dioxide from the air.

A plant essentially harvests carbon dioxide and water from its environment, and with the extra boost of energy from sunlight, can transform these molecules into sugars and starches, a process known as photosynthesis.

"Developing our prototype device was challenging since transparent gas-diffusion electrodes have not been previously demonstrated, and we had to develop new procedures for each step," said Marina Caretti, lead author of the work.

"However, since each step is relatively simple and scalable, I think that our approach will open new horizons for a wide range of applications starting from gas diffusion substrates for solar-driven hydrogen production."

Coating a silicon oxide felt wafer with a transparent thin film of fluorine-doped tin oxide, resulted in a a transparent, porous, and conducting wafer, essential for maximizing contact with the water molecules in the air and letting photons through. A second transparent coating of semiconductor materials absorbs sunlight, and completes the process.