> Replace High School with Internships and everyone wins - pirateswithoutborders.com 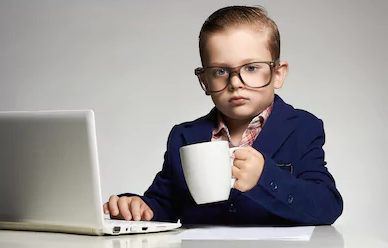 But even then, the laws were designed by unions to limit competition against their established adult workers.

Today these laws rob teens of their freedom to achieve at a young age. Many would much rather spend time working a meaningful job or internship than wasting time in public schools.

Hell, the way online entrepreneurs are being turned out these days, it would be better to leave these young folks in their bedrooms with a computer.

But right now, there are quite a few legal restrictions for teen workers.

14 and 15-year-olds are generally not allowed to work more than 3 hours per school day or 18 hours per school week. All the work must be done outside of school hours, even if they are homeschooled.

But there is an exception for unpaid internships or work-study.

I would never advocate forcing young people to work. But the US forces many teens NOT to work. And that is wrong.

Part of the problem is that child labor laws apply to people up until 16. But 13-15-year-olds are not children.

I've written about this many times before:

How treating teens like kids becomes a self-fulfilling prophecy.

How teen angst is really just the rebellion of young adults who are ready to take on more responsibility but aren't allowed to by parents and the government.

How this infantilization is ruining their potential and causing severe mental distress to millions.

How this situation has created a destructive and spreading "teen culture."

How this has forced people to spend their 20's learning how to become adults instead of doing that in their teens.

How public schools do not prepare students for their futures.

And how letting kids and teens spend their time however they wish would produce better results.