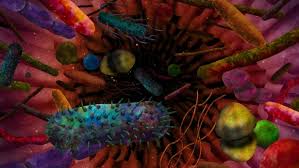 The new research reveals how gastrointestinal problems can be triggered by the same gene mutations associated with autism, and a striking mouse study has demonstrated how a fecal transplant from humans with autism can promote autism-like behaviors in the animals.

One of the more intriguing areas of microbiome research is the growing connection between gut bacteria and autism. Several recent, albeit small, studies have revealed behavioral and psychological symptoms of autism in children can be improved using fecal transplants from healthy subjects. Exactly how the microbiome could be influencing autism symptoms is still unclear but one new study, led by researchers from Caltech, has strengthened this intriguing gut-brain hypothesis.

The research began by taking microbiome samples from human subjects, both with and without autism, which were then transplanted into germ-free mice. The results were striking, with the animals receiving gut bacteria from human subjects with autism displaying hallmark autistic behaviors such as decreased social interactions and increased repetitive behaviors. The mice administered with gut bacteria from non-autistic human donors did not display these behavioral symptoms.