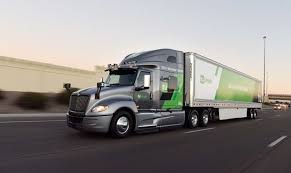 UPS has had autonomous trucking startup TuSimple hauling cargo for it between Phoenix and Tucson, Arizona, since May as part of a newly publicized partnership between the two companies. The delivery giant made the announcement today alongside the news that its venture arm is taking a minority stake in TuSimple. Terms of the deal were not disclosed.

TuSimple had previously run a partnership with the United States Postal Service in May, where the startup's trucks carried mail on the 1,000-mile stretch between the USPS's Phoenix, Arizona, and Dallas, Texas, distribution centers. That pilot has since ended, though the two sides are discussing "next steps," according to a TuSimple spokesperson.