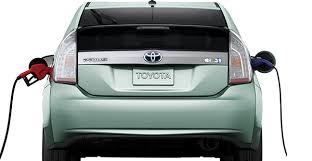 The only electric cars that make sense are being phased out in favor of those that don't.

Hybrids are electric cars without the electric car's gimps – or costs. They can run without burning gas – but when you run out of electricity, you don't have to wait for a charge to get going again  . . . because hybrids carry around their own chargers.

They do have batteries – but they're smaller and so cost less.

And because they're used less – hybrids alternate between gas and electric power for propulsion – they last longer. And even if an aging hybrid's batteries do wear out and won't hold any charge, you'll still have more range than a new electric car with a new battery pack.

They also emit less – more on that below.

Naturally, they've got to go.

Well, some of them.

GM and VW just announced they are abandoning the practical, functional, economical and environmental in favor of the not. Henceforth, they will "focus" on electric cars exclusively.

"Our strong preference is to go all-in where the market is heading," VW CEO  Scott Keogh told The Wall Street Journal.

Except the market isn't heading there. The mandates are – but that's a very different thing.

Hybrids are falling out of favor because . . . well, because they're sensible. That's not said, of course. The stated complaint is that they still burn gas, damn them. But very little gas. And very little in the way of emissions, too – since the gas engine in a hybrid is generally about 30 percent smaller than in an otherwise similar non-hybrid vehicle and so burns significantly less gas even when it is running. 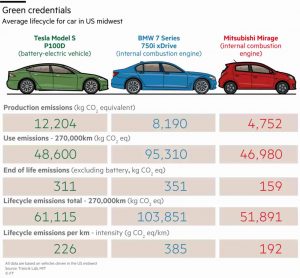 It's also not running at all much of the time – and burning no gas.

Mix the two and you get almost zero emissions.

But not quite zero – and that isn't good enough for the zealots in charge of the regulatory apparat which spews the increasingly unhinged mandates that have created the "market" for impractical, expensive, inefficient and environmentally offensive purely electric cars.