> How Boring Company Could Become Bigger than Tesla Within Four Years - pirateswithoutborders.com

How Boring Company Could Become Bigger than Tesla Within Four Years 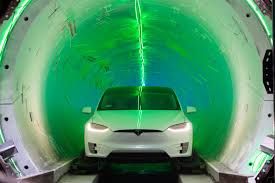 There are several big developments over the next 16 months that could propel Boring Company to higher valuation.

The Las Vegas project is expected to be complete in time to be used at the Consumer Electronics Show in January 2021, LVCVA told me in March. Then, Musk got on Twitter and suggested the project could be running by the end of the year. The public contract suggests that tests will start by November 2020.

It is a two-mile-long tunnel with three stations. Elon did tweet he thought it could be completed by the end of 2019. I would expect it will be done and operating by June 2020.