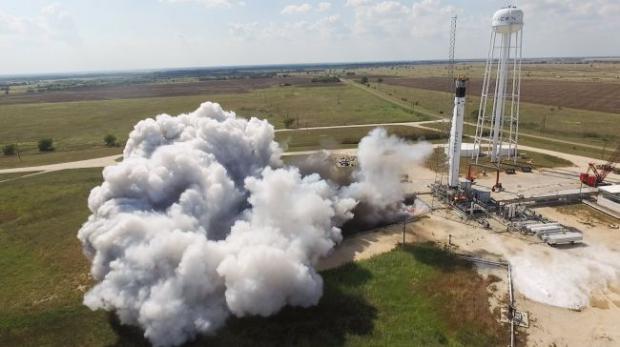 SpaceX has fired up the rocket that will launch the first crewed mission in the company's history.

The company conducted a static-fire test Thursday (Aug. 29) of a Falcon 9 rocket at the SpaceX testing ground in McGregor, Texas, company representatives said. That booster will send a Crew Dragon capsule carrying NASA astronauts Bob Behnken and Doug Hurley to the International Space Station (ISS) in the near future.

Behnken and Hurley were excited to see their rocket ride strut its stuff.

"Really wish @Astro_Doug and I could have joined @SpaceX's McGregor team for this! Huge step on the path to bringing human spaceflight back to @NASAKennedy and the Florida coast, we won't miss engine start next time!" Behnken said via Twitter on Friday (Aug. 30).

"Congratulations to the Team! @AstroBehnken and I are looking forward to that ride to orbit," Hurley added that day in a tweet of his own.