> Watch This E-Bike Embarrass A Bunch Of Dirt Bikes - pirateswithoutborders.com

Watch This E-Bike Embarrass A Bunch Of Dirt Bikes 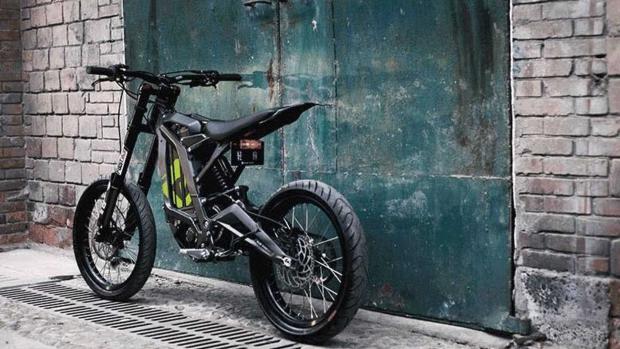 A sportbike is supposed to accelerate better than a cruiser and a cruiser is supposed to accelerate better than, well, a scooter. Any straying from these established generalities usually leads to embarrassment. That's exactly what happened to racers on gas-powered motorcycles when a Sur-Ron X electric bike took first place in a recent hare scramble.

Introduced in 2018, the Sur-Ron X occupied the space between e-bicycles and e-motorcycles. The bike utilized a right-hand throttle—like a motorcycle—but a lever at the left hand controlled the rear brakes—like a bicycle. Owners could also equip the Sur-Ron X with pegs or pedals.

Weighing in at 110 pounds, the bike was much too heavy for bicycles but absurdly light compared to even the lightest dirt bike. Even more absurd was the 147.5 ft-lbs of torque the model boasted.

When Tucker Neary of Colorado entered a Sur-Ron X into a local hare scramble race in Naturita, Colorado, he knew he was an outlier.

"I entered into the Sportsman Class with a 2019 Sur-Ron X," said Neary. "The Sportsman Class is an Unclassified Class and allows racers to race any motorcycle size and displacement, which was a good fit for my untraditional entry."