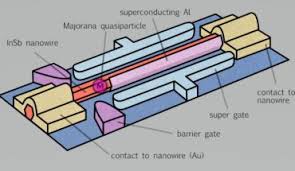 With more than 1,000 sensors, or pixels, NIST's camera may be useful in future space-based telescopes searching for chemical signs of life on other planets, and in new instruments designed to search for the elusive "dark matter" believed to constitute most of the "stuff" in the universe.

Described in Optics Express, the camera consists of sensors made from superconducting nanowires, which can detect single photons. They are among the best photon counters in terms of speed, efficiency, and range of color sensitivity. A NIST team used these detectors to demonstrate Einstein's "spooky action at a distance," for example.

The nanowire detectors also have the lowest dark count rates of any type of photon sensor, meaning they don't count false signals caused by noise rather than photons.