> We Take A Ride In The Faraday Future FF91 - pirateswithoutborders.com 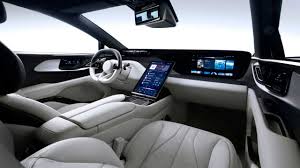 It seems more like a decade then four years when I was at CES 2016 in Las Vegas and Faraday Future held their first public event. I remember expecting to see a concept of what would eventually be their first production EV. Instead, much to the disappointment of pretty much everyone in attendance, we were shown a concept of an electric race car, dubbed the FFZero1.

It wasn't until a year later at CES 2017 that we were shown the FF91. Since then, Faraday Future has struggled with a series of setbacks, but they've managed to hang around and low and behold, they seem to be closing in on actual production of the FF91. In fact, they have already been talking about introducing their second production vehicle, the FF81, a lower-priced mass-market EV as early as 2021. The company recently sold its headquarters in Los Angelos and has leased a factory in Hanford, California where it will build as many as 30,000 units next year.