> The best chat app you never knew you wanted is here - pirateswithoutborders.com

The best chat app you never knew you wanted is here 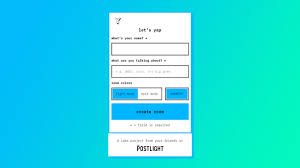 In Web 1.0, the internet was known for its static, clunky websites and the rise of widely available information. The user-generated content and constant chatter we know (and get overwhelmed by) today wasn't a thing until Web 2.0 took over about 10 years later, in the early aughts. But in the years leading up to the new millennium, one element of living online did allow people to engage: the chat room.

Chat rooms have since fallen out of favor, thanks to the popularity of other text-based chat devices and services such as iMessage and Twitter. But a new web-based application from digital product studio Postlight, called Yap, is hoping to restore chat rooms to their humble glory.

"I think everyone's a little tired of feeling like any time they need a service on the internet that everyone is recording what they say for eternity, or mining their data," says Adam Pash, Postlight's director of engineering and head of Labs. "Yap is a place where we don't do that."

The real-time chat room, which has no "scroll" feature because messages disappear as soon as they appear (just like real-life conversation!), demands that users live in the moment. "It's built with ephemerality as the core guiding principle—we don't save any chat logs, and the chat rooms explode after 24 hours of inactivity," Pash says. "In the same way you don't walk into a conversation with friends and say, 'What were you talking about for the last 20 minutes?,' you're not performing for posterity—you're just having a conversation and a good time."