> One of the most massive stars in local universe may have disappeared - pirateswithoutborders.com 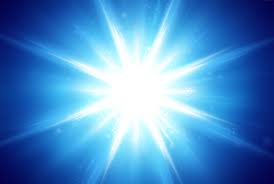 It is possible that the star collapsed into a black hole without first triggering a supernova – a rare event, even in the context of dying stars.

The errant star is, or was, located in the Kinman Dwarf galaxy in the constellation of Aquarius, some 75 million light-years from Earth. At such vast distances, it isn't possible to clearly see individual stars. However truly massive stars – such as the one at the center of the new study – shine so brightly that they leave evidence of their presence in the form of a light signature, that tells astronomers that they're there.

In the future, astronomers will be able to make more detailed studies of individual stellar bodies hiding in distant dwarf galaxies like Kinman using the ESO's upcoming Extremely Large Telescope, which is slated for completion in the year 2025.

Luminous blue variable stars are enormous by the standards of our Sun, and shine incredibly brightly. However, magnificent as they are, they are also unstable, and prone to dramatic outbursts during which they lose mass at a highly accelerated rate.

From 2001-2011 the star was observed by astronomers looking to heighten our understanding of the life cycles of monster stars and their eventual fates. In 2019, a team of international scientists sought to continue this work by turning the powerful gaze of the ESO's Very Large Telescope (VLT) on the variable star. To their surprise, the light signature of the star had disappeared.