> The Plan to Build a Global Network of Floating Power Stations - pirateswithoutborders.com

The Plan to Build a Global Network of Floating Power Stations 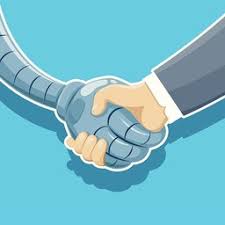 EARLY LAST YEAR, just a few weeks before the pandemic brought life in the United States to a standstill, Yi Chao and a small team of researchers dropped a slender metal tube into the Pacific Ocean off the Hawaiian coast. After nearly two decades as an oceanographer at NASA's Jet Propulsion Laboratory, Chao had left the space agency to commercialize a seafaring generator that can harness the limitless thermal energy trapped in the world's oceans. His company, Seatrec, is based just down the road from his old NASA stomping grounds in Pasadena, but Chao regularly travels to Hawaii to test hardware in the tranquil, cerulean waters around the Big Island. On this trip, Chao and his team planned to push their invention deeper than it had ever gone before.

From the outside, Seatrec's ocean thermal generator doesn't look like much. The SL1 is about as tall as a person, 6 inches wide, and has a smooth, nearly featureless black and gray exterior. But it's what's inside that counts.