> Bacteria recruited to produce graphene on the cheap - pirateswithoutborders.com 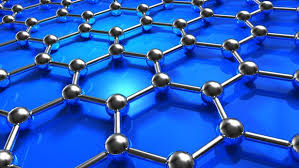 One of the main hurdles though is that it's tricky to manufacture on large scales. Now researchers at the University of Rochester have recruited bacteria to make the stuff, which is cheaper and faster than current methods and doesn't require harsh chemicals.

Graphene production has come a long way since researchers first used sticky tape to peel single-atom-thick layers off of lumps of graphite. Now it's often made by chemical vapor deposition, or by shredding graphite into graphene oxide then chemically reducing it. Both of those methods generally require the use of harsh chemicals though, leading scientists to find softer alternatives.

For the new study, the team found that a bacteria called Shewanella worked well as one such alternative.