> Zeppelins stopped flying after the Hindenburg disaster. Now scientists want to bring them back. - pirateswithoutborders.com

Zeppelins stopped flying after the Hindenburg disaster. Now scientists want to bring them back. 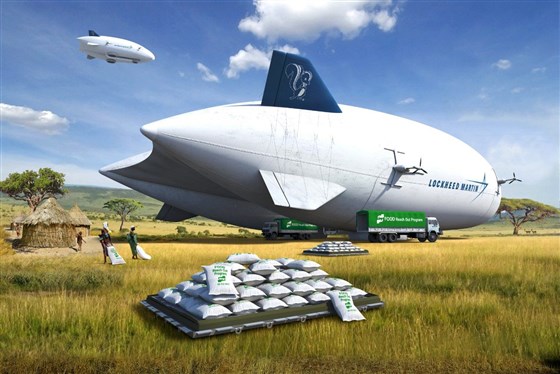 The age of huge, ocean-crossing zeppelins came to an end in 1937, when the Hindenburg — the largest craft of its type ever built — erupted in flames while landing in New Jersey. Dozens died.

Now, more than 80 years later, the giant airships may be poised for a comeback — not for passenger service, but as an environmentally friendly means of delivering goods around the globe.

As proposed in a recent scientific paper, the new airships would be 10 times bigger than the 800-foot Hindenburg — more than five times as long as the Empire State Building is tall — and soar high in the atmosphere. They'd do the work of traditional oceangoing cargo ships but would take less time and generate only a fraction of the pollution.

"We are trying to reduce as much as possible emissions of carbon dioxide because of global warming," said Julian Hunt, a postdoctoral fellow at the International Institute for Applied Systems Analysis in Laxenburg, Austria, and the paper's lead author.

Hunt said the new generation of airships would get around by riding the jet stream, a powerful air current that circles the globe. He and his collaborators calculate that an airship a mile and half long could circle the globe in 16 days, hauling more than 20,000 tons of cargo while expending little energy.

The jet stream moves from west to east, so airships would only go in that direction. Hunt imagines them taking off from the United States, for instance, and crossing the Atlantic Ocean and Europe to reach Asia. The craft would then continue west across the Pacific to return home.