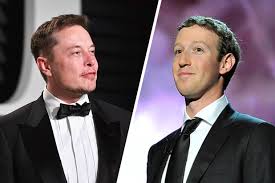 In all fairness, Musk has already proposed a plan to make an actual chip which is meant to be inserted into human brains. (It will be designed with taste and wireless cleanliness so you "have no wires poking out of your head," as Musk assured.) Zuckerberg has said he's interested in the idea of computer-human integration, too, but will approach it differently than Musk.

At a recent internal employee Q&A session, the Facebook CEO hinted that such technology could see promising use cases in Facebook's future augmented reality and virtual reality products.