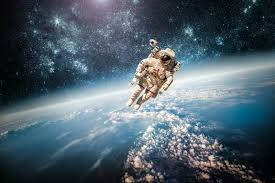 This meant that the Bush moon program was deemed to be too costly and not practical. SpaceX created a heavy-lift vehicle in six years for less than a billion dollars and it is over 75% reusable.

Entrepreneurial space companies are now completing development in one-third the time for one-tenth the cost.

This seems to demonstrate that reusable rocket technology development previously failed not for technical reasons but for institutional reasons.

Rocket Labs was started by an engineer who raised $300 million. This has reached orbit in New Zealand. New Zealand does not have a space program.

For thousands of years, the oceans and rivers have generated huge wealth from low wealth transport. This has shaped where cities are built and provided a large portion of the world's economy and shapes global trade.

Now we can have zero-drag space access with point-to-point travel with reusable rockets.