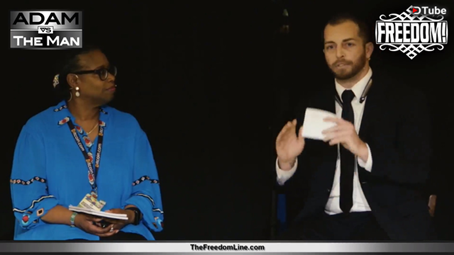 After completing six terms in the United States House of Representatives as a Democrat from Georgia, Cynthia McKinney was the 2008 Green Party nominee for president of the United States. In a Friday letter, McKinney announced her endorsement of Adam Kokesh for the 2020 Libertarian Party presidential nomination.

McKinney concludes her letter with a call to action for people who do not consider themselves Libertarian Party supporters. McKinney writes: "Therefore, I endorse Adam's quest to become the 2020 Libertarian Party Presidential nominee and encourage supporters of other parties to take a good look at Adam Kokesh for President!!"