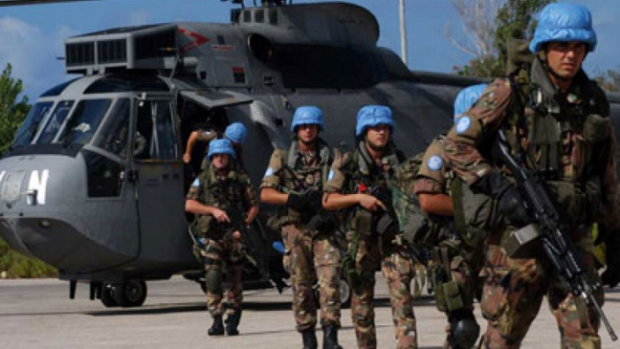 America is being overrun with foreign enemies who have taken up residence on American soil.

In this article, I have included several emails sent to The Common Sense Show. This report represents journalism in its most raw form, news reports from eyewitnesses with no agenda other than seeking the truth behind their observations.

Before embarking on this report, I want to declare that what is contained in this article, is not new. These topics have been covered extensively, in the past, by Steve Quayle, and later by myself.

In effect, the United States is being occupied by foreign entities. At the root of this covert occupation is the United Nations. People will ask, I though you were concerned about the Chinese, Dave? I am and you should be too. However, when one talks about the Chinese and the UN, we are ultimately talking about the same entity. This is the New World Order. In the past, the CSS has reported that the Inited Nations has declared by 2030, that they will become the global political authority on the planet. The Chinese have been tagged by the NWO, ultimately the UN, as the world's policeman that will supplant America's role with regard to the same variable.

Because I deal in this subject to a high degree (eg unauthorized presence of foreign troops on US soil) , I have become a lightening rod for general reports from the public. In this article, I present some of these reports and will provide a conclusion as to a common interpretation as to the importance and relevance of these reports.

My husband and I have been following you for sometime.  We live in northern Nevada where it is extremely rural.  I have been wondering if it would do any good to report to anyone what my husband  I seen this past, late August.  But after listening to all the information pertaining to the UN on your show,  I thought I should at least run this past you.

My husband and I were returning from the 2019 Prophecy Conference, in Lancaster,  California.  Our route was on 14/395 heading toward Bishop.  We usually take back roads or rural roads when traveling when we can.  We were hauling our travel trailer, so we travel at a slower pace.  We passed by Ridgecrest,  California.  However, once we entered Bishop we noticed military helicopters that day ever where.  One was in desert storm colors.  And they all flew very close to the ground over Bishop and then out toward the mountains.  Whereas there is nothing out that way.

Our route was mountain passes heading toward Tonapah, Nevada.   From there we would take Hwy 6 toward Round Mountain,  Nevada.  The entire route we took was out in nowhere.  As we drove out of Round Mountain, there was few cars or trucks coming or going.  The Hwy that we were turning on to about 25 miles ahead of us, was Hwy 50.  Heading toward Eureka, Nevada.

Just before turning right onto Hwy 50,  a few yards from that turn, a dirt road turnoff existed  to the right, and it headed straight  up to a very isolated mountain range.   Mostly rangers or cowboys used that road.  My husband slowed down to make the turn ahead and out of nowhere a huge vehicle shot in front of us going at a high speed.  My husband stopped moving in order not to get hit.  A black pick-up which was behind this vehicle pulled over to watch what we were all looking at.