> Nissan's Nosedive … and Possibly Why - pirateswithoutborders.com

"Don't Let Them Vaccinate You": Farrakhan Warns Africans That Dr. Fauci Is Trying To K

Moon Mining Could Begin As Early As 2025

Nissan's Nosedive … and Possibly Why 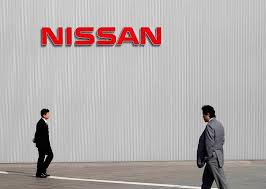 Net income fell by more than half to 59 billion yen ($546.8 million) in the July-September period. According to the Reuters piece – and a public announcement by Nissan – revenue decreased 6.6 percent to 2.63 trillion yen ($24.4 billion) over the past three months and global retail volume declined 7.5 percent to 1.27 million vehicles.

Part of the problem is heavy discounting, which gives any brand that does it the aura of a K-Mart Blue Light Special. Nissan also has several very old models in its new vehicle lineup, including the 370Z sports car and the Frontier pickup. The full-size Titan (and Titan XD) also haven't been doing well, despite a market that loves big trucks.