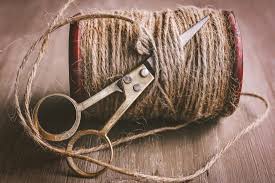 It wasn't long ago that growing hemp in the U.S. could land you in jail on felony charges. But after decades of criminalization, hemp is once again legal thanks to the 2018 Farm Bill, and the eco-friendly outdoor apparel and gear company, Patagonia, isn't wasting any time in perfecting it its hemp-based clothing line.

The featured film, "Misunderstood: A Brief History of Hemp in the U.S.," produced by Patagonia Films, shows the history of hemp in America, including why and how it was demonized for so many years. The film also highlights hemp's various uses, including as a hearty textile that's three times more durable than cotton.1

Patagonia has been using legally sourced hemp fiber in its clothing since 1997, blending it with other fibers such as recycled polyester, organic cotton or spandex. Its hemp is currently sourced from China, a country Patagonia says has been subsidizing hemp for generations.2

Hemp and its use dates back to the birth of America, but in China it dates back even further, where it's said to have been used to make the world's first rope around 2800 B.C. Hemp was also used for cigarette papers, Bible pages and military uniforms.

Today, China grows nearly half the world's legal hemp. The majority of it is exported as a textile fiber,3 including to companies like Patagonia, which are in the business of making sustainable clothing with little-to-no environmental impact.

A Mindful Way to Clothe Yourself

Like any other plant, hemp has its limitations, but compared to other plants it has some properties that stand out, said Elizabeth Pilon-Smits, professor of biology at Colorado State University, Fort Collins, in the film.

Hemp is valued for much more than its durability. When used for clothing, hemp is lightweight, absorbent and resistant to UV rays and mold, making it the perfect material for outdoor apparel. It has antimicrobial properties, too.

As a crop, hemp grows strong and fast. It requires little water and no pesticides. In about four to five months, hemp can grow taller than a person. Cultivating hemp is also good for the environment due to its ability to remediate the soil. Hemp can remove toxic chemicals and heavy metals from the soil in just one season, making it an effective plant for environmental cleanup, and to restore degraded land.

This was proven true when scientists used hemp in the 1990s to clean the soil following the Chernobyl nuclear disaster. Scientists later confirmed this use when hemp was shown to successfully extract heavy metals from the soil, including lead, cadmium and nickel.4