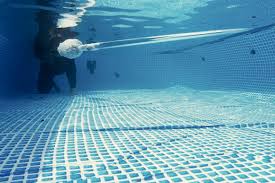 But Norway's DSG has used the drag-reducing abilities of supercavitation to produce some truly extraordinary projectiles that'll hit submerged targets up to 60 m (200 ft) away, opening up some interesting new mission capabilities.

Supercavitation refers to designs that wrap an underwater projectile in a bubble of air to vastly reduce skin friction drag. It's been used on torpedoes, allowing them to move some five times faster through the water than regular ones, as well as on propellers and some pretty wild boat designs, and it's being investigated as a potential way to produce ultra-fast submarines.

The supercavitation effect can be produced, rather counter-intuitively perhaps, by giving the projectile a flat, disc-shaped nose with a sharp edge lip. This pushes water out of the way hard enough to leave an air bubble just big enough for the projectile to move through without its sides or back dragging against the water. In the case of torpedoes, boats and submarines, the effect can be enhanced by routing exhaust gases through to the tip so they can add to the air bubble.

DSG says it's had to turn to the aerospace industry to find manufacturers that can work to the tolerances required for its CAV-X supercavitating bullet designs, which appear to use rounded tips that lead back to flat, sharp ridge discs at the point, as well as other ridges positioned further back on the bullet body.