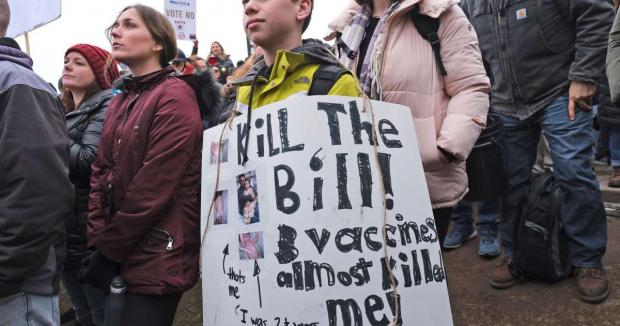 The demonstration went on for hours outside as lawmakers tried to cast votes on several bills inside, CBS2's Meg Baker reported.

The parents came out in force to oppose a bill that would not allow the use of religion as a reason to not get your child vaccinated if attending public school. However, it would allow private school and day cares to accept unvaccinated children if they choose.

"My children and my nephew are unvaccinated and that's our choice," Marissa Borawski said.

Opponents say the bill is too restrictive and unfair to lower-income families.

The vaccination bill missed out on passing by one vote, but lawmakers said a similar bill is expected to be introduced in the next session, possibly as soon as Tuesday.

"I think it's a choice parents have to make along with their doctors," said Sen. Loretta Weinberg, who sponsored the bill. "I think we as legislators have a responsibility to protect the larger population."

Nearly 14,000 children in New Jersey used the law last year to get an exemption and not be vaccinated.

Other protesters outside tried to sway lawmakers not to ban vaping flavors.