> Will GM Reveal Its Electric Pickup During 2020 Super Bowl? - pirateswithoutborders.com

Will GM Reveal Its Electric Pickup During 2020 Super Bowl? 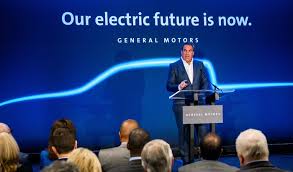 As we learned on Monday, General Motors is finally shifting gears and increasing its electrification efforts. This past Monday, it announced a $2.2 billion investment to turn its Detroit-Hamtramck plant into its most advanced factory, where it will build electric vehicles beginning with an electric pickup truck.

Given that production is slated to start in late 2021, it makes sense that the automaker's vision of what a battery-powered workhorse will look like should be shown soon. Perhaps as soon as Sunday.

In his opening remarks during the big announcement, GM President Mark Reuss opened with a statement that has us thinking the reveal could happen during Super Bowl LIV. It makes pretty good sense. The final game of the NFL season is expected to draw somewhere in the neighborhood of 100 million sets of eyes. That's the kind of attention any automaker would want focused on a breakthrough product.