> Beyond Israeli Elections: Israel at the Cusp of a Bleak Era - pirateswithoutborders.com 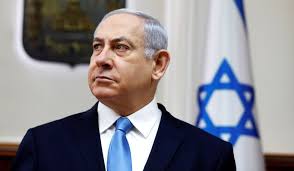 It is no secret that Netanyahu's political behavior is almost entirely shaped by his desire to survive in office for as long as possible in order to avoid possible jail time. But how long will the Israeli escape artist manage to survive, now that a date for his trial has already been set?

After months of bargaining with the country's political elite, on one hand, and pleading to his own right-wing constituency on the other, Netanyahu has failed to create the necessary momentum that would render him immune from prosecution and secure his position at the helm of Israeli politics.

After failing to form a government following the April elections, Netanyahu has masterfully linked his fate as a Prime Minister to all of Israel's affairs, internal and external.

Still, there is little evidence that Netanyahu's diplomatic and financial conquests have yielded the intended results of augmenting his support among ordinary Israelis, especially as Benny Gantz, who heads the Kahol Lavan (Blue and White) party, has continued to venture further to the right, slowly undermining Netanyahu's support in every facet of Israeli society.