> No Internet, No Problem: How to Send Bitcoin by Amateur Radio - pirateswithoutborders.com

No Internet, No Problem: How to Send Bitcoin by Amateur Radio 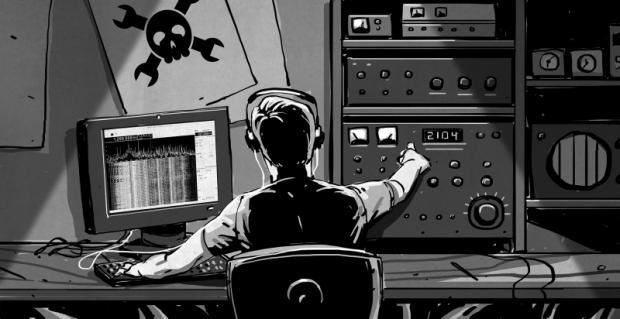 Network censorship, after all, is not some dystopian storyline but a power exercised by many democratic governments across the world. Thankfully, there are solutions that enable people to send and receive bitcoin even in a worst case scenario. For an advanced technology, it turns out that cryptocurrency can get surprisingly low-tech.

Imagine waking up one morning to find that the internet is down. Not because the wifi's been disconnected: instead, your government has pulled the plug . You've no idea when it'll be back online, and in the meantime, you're cut off from life as you know it, ranging from contact with loved ones abroad to paying for anything by card. Since society isn't big on keeping cash these days, and ATMs stock up on only so much paper money at a time, chances are you'll have to sidestep – or engage in – a few fistfights if you're to put a meal on the table.

Since bitcoin is, itself, a form of digital currency, it takes a good amount of preplanning to set up a transaction, but in theory, it could still operate even when conventional options are forcefully removed from the equation.

They all woke one day and the banks were shuttered and capital controls were put in place to avoid an economic collapse.